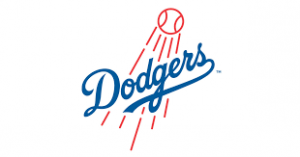 As our storied regular season comes to a close, we have a looming showdown with the three-time National League West champion L.A. Dodgers. Clearly, after winning the division the last three years, and on their way to finishing with 90-plus wins again, the Dodgers have proven themselves to be a formidable opponent. Like the Mets, they’ve done it mostly with pitching. Unlike the Mets, however, this is a very top heavy team that relies heavily on four star players with a significant drop off in talent at the backend of their rotation, bottom of their lineup and middle of their bullpen. Here’s a look at what we’re in for beginning October 9th.

The Big Four
Lefty ace Clayton Kershaw is the unanimous best pitcher in baseball, having won three of the past four National League Cy Young awards and he’s in the running again this year with dominant performances and glowing stats (16-7, 2.16 ERA, and a career high 294 strikeouts). Together with 2015 Cy Young favorite Zack Grienke (18-3, 1.68 ERA, 192 strikeouts), they form not only the best 1-2 punch in baseball, but one of the best in history. Both pitchers have sub -1 WHIPs. They belong in the same conversation as Randy Johnson and Curt Schilling, Tom Seaver and Jerry Koosman, Sandy Koufax and Don Drysdale.

Grienke and especially Kershaw are work horses, having thrown a combined 444 innings and the season’s not quite over. Kershaw is one of the few modern day major leaguers that still throws complete games. Grienke is usually good for seven or eight innings, giving way to one of the most overpowering closers in the game – Kenley Jansen. The flame throwing, beast of a man mows down batters with serious gas to the tune of a career rate of 14 strikeouts per 9 innings. If you haven’t seen him pitch, think Lee Smith in his prime. Jansen has been one of the most dominant bullpen arms in the league since he came up in 2010. This year he’s reached the next level, cutting down on his walks and home runs allowed.

The last of the big four is first baseman, number three hitter and perennial All-Star Adrian Gonzalez. 2015 has not been his best season, but in typical A-Gon fashion, he boasts an .840 OPS with 28 home runs and 33 doubles, along with strong defense at first. His batting average is a little down this year at .276, but because he possess a great eye and commands the respect of opposing pitchers, A-Gon has drawn 88 walks to boost his on base percentage to .354.

These four stars are the reason why the Dodgers are going to the playoffs for the third year in a row. They are an intimidating lot for sure, but their career numbers against the Mets are not quite so stellar. While the three aforementioned pitchers have had their way with the rest of the league, they’ve been more mortal against the Mets this season. We managed to beat the Dodgers in July in games pitchedby both Grienke and Kershaw. The Mets also won two games against the Dodgers this season by hitting Jansen. Who could forget Juan Uribe’s walk off hit off the wall at Citi Field the last time we played the Dodgers.
For his career, Kershaw owns David Wright, Juan Lagares, Curtis Granderson, Lucas Duda, and Kelly Johnson but has allowed his share of hits to Daniel Murphy, Juan Uribe, Wilmer Flores, Michael Cuddyer and Ruben Tejada. Yoenis Cespedes and Travis d’Arnaud only have three combined at bats vs. Kershaw. Grienke has had a hard time with Wright, Murphy, and Flores, but has had his way against Granderson, Cespedes, Tejada, Lagares and Johnson. Cuddyer, Uribe and Duda have held their own against the righty, while d’Arnaud, Conforto and others have not seen enough of Grienke yet. Jansen hasn’t seen a lot of the Mets, but he has done well against them for the most part.
Gonzalez has hit well against Matt Harvey, Jacob deGrom and, especially Bartolo Colon. In limited at bats, he’s also found success against Noah Syndergaard and Jeurys Familia. The silver living is that he’s struggled mightily against Jon Niese and Tyler Clippard.

The Big Drop
What makes the Dodgers vulnerable is the precipitous drop-off in talent from the big four to the rest of the team. While most playoff teams, including the Mets, are fielding strong top-to-bottom lineups, rotations, bullpens and even benches, the Dodgers have no such luxury. Their rotation is not quite “Spahn and Sain and pray for rain,” but Brett Anderson (.284 BAA), Mike Bolsinger (1.35 WHIP), Alex Wood (4.55 ERA) and Carlos Frias (1.47 WHIP) are hardly Cy Young candidates. The real struggle comes when those pitchers can’t get out of the 6th or 7th inning and the team has to ride the rickety bridge to Jansen. Middle relievers and setup men on the Dodgers include the righties Yimi Garcia (8 HRs allowed), Juan Nicasio (32 walks in 58 innings), Pedro Baez (3.49 ERA), Chris Hatcher (3.82 ERA) and the lefties JP Howell (1.4 WHIP, .273 BAA) and Adam Liberatore (4.30 ERA).

Beyond their star number three hitter, the Dodgers offense is really nothing special. Cleanup hitter Yasiel Puig has been injured with a severe hamstring strain and is questionable for the playoffs. They have depth in the outfield and Andre Ethier (.299 BA) has had a solid year and rookie Joc Pederson can hit the long ball (25 home runs), but he also strikes out a ton and is only hitting .211. Scott Van Slyke is serviceable, but nothing special, and Carl Crawford (.275 BA) is a shell of his former self. Howie Kendrick (.291 BA), former Met Justin Turner (.290 BA), former Met killer Jimmy Rollins (.285 OBP) and catcher Yasmany Grandal (.267 BA, 16 HRs) make for a decent infield, but none of them are game changers. The bench features former Phillie Chase Utley (.211), Alex Guerero (.237 BA), Enrique Hernandez (.318 BA) and Alberto Collaspo (.260 BA).

Is this a winnable series? You bet it is, especially if we can secure home field advantage.

6 comments on “Sizing up the Dodgers”