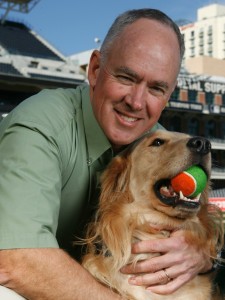 At one point it was a running joke here that Sandy Alderson made so few trades that he was a semi-active GM. And while no one will ever confuse him with Whitey Herzog at the 1980 Winter Meetings, Alderson has pulled the trigger on deals for big bats, or hoped for big bats, at the trade deadline the past two years.

But what flies a little bit under the radar are trades that Alderson has made to fortify the bullpen. Three guys who are playing prominent roles so far in the 2017 pen came to the Mets thanks to deals pulled off by Alderson. Here they are in reverse order of how they appeared in yesterday’s 5-4 win over the Phillies:

Addison Reed – The former White Sox and Diamondbacks closer had fallen on hard times and was even sent to the minors during the 2015 season. But after his recall to the majors, Reed allowed just 3 ER in 16.1 IP. That strong stretch prompted Alderson to acquire him for minor leaguers Miller Diaz and Matt Koch just in time to be eligible for the postseason roster. In parts of three seasons with the Mets, Reed has a 1.86 ERA and a 0.938 WHIP, with 114 Ks in 97 IP.

Fernando Salas – He did not have anywhere close to the pedigree that Reed, a former number-one pick, too, had but Salas had been an effective reliever for a number of years before struggling with the Angels in 2016. Alderson picked him up the last day of August in 2016 and Salas did a complete 180 with the Mets, posting a nifty 2.08 ERA with a 0.635 WHIP in 17 September appearances. It’s more of the same this year, as Salas has yet to give up an earned run in six games. Alderson traded 2014 13th-round pick Erik Manoah to get Salas.

Jerry Blevins – Unlike the previous two, Alderson did not get Blevins for a stretch drive. Instead, he acquired him in a deal near the end of Spring Training, swapping reserve outfielder Matt den Dekker to the Nationals in 2015. Blevins got off to a great start that year but ended up missing most of the year due to injuries. He returned to become a valuable part of the 2016 pen. It’s more of the same this year, as Blevins has yet to allow a run in his first five games. In parts of three seasons with the Mets, Blevins has allowed 13 ER in 50 IP.

While den Dekker would have helped the 2015 club, Alderson has picked up three critical pieces for very little and deserves praise for these moves. He also pulled the trigger for Tyler Clippard in 2015, who played a key role in the club making the playoffs for the first time since 2006. Clippard did not have a good run in the playoffs and was allowed to leave in free agency. Also, Alderson may have paid the biggest price in getting Clippard, as he swapped Casey Meisner for him. At the time of the trade, Meisner was 10-4 and already had a midseason promotion under his belt. But last year Meisner had a poor season, going 1-14 with a 4.85 ERA and it’s been more of the same in a tiny sample this year.

Alderson also traded for relievers Ramon Ramirez and Alex Torres in previous years and those two didn’t work out too well. Ramirez had an uncharacteristically poor season for the Mets and Torres fell out of favor because he had the audacity as a lefty reliever to perform better against RHB. Torres, and perhaps Ramirez, too, could have performed better with a different utilization.

Regardless, it’s hard to be anything but impressed with the results Alderson has received from his recent bullpen trade pickups.