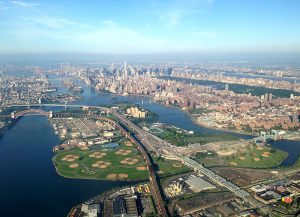 New Year’s Day will mark the 120th anniversary of the formation of New York City as we know it, when Staten Island, Brooklyn and Queens officially became part of New York City. To note the occasion, it might be fun to assemble a lineup of Mets who were born in the city. The parameters will be based on performance as a Met only, and the player must have played at least one game at the position he is assigned. He had to have been born in Gotham, so no suburbanites for this team. Part I will cover the infielders and the catcher.

SS… Ted Schreiber, born in Brooklyn in 1938. Schreiber’s MLB resume is skinny, he played 38 games for the terrible 1963 Mets, and that was his only season in the majors. Nine of the games were at shortstop, and he had a 1.000 Fld%. His batting line of .160/.236/.160 explains why his MLB career was so brief. I could not find any other New York born Met player who played short for the team. My original thought was that it might be Shawon Dunston at short, he played that position for the Cubs. Although he played for the Mets for a while in the 90’s, he did not play shortstop for the Mets.

3b… Bobby Bonilla was born in the Bronx in 1963. After a sterling career with the Pirates he signed with the Mets and played from 1992-1995, sometimes outfield but also at third. Although most Met fans may think of his long running contract that is still being paid off, he did have some productive years for the Mets. In 1994 he played in 108 games, mostly at third in that strike-shortened season, and had a fine slash line of .290/.374/.504. Another contender for the spot was Brooklyn native Joe Torre, who did play some third base for the Mets at the end of his career.

Part II, coming up next week, will show the selections for the outfielders and pitchers.

One comment on “The New York (born) Mets: Part I”