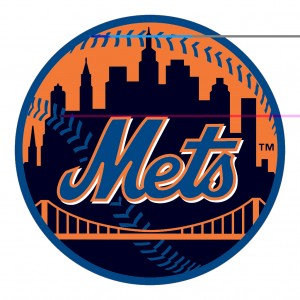 Right now everyone is focused on who the new GM is going to be. My main hope is that it’s someone younger than me, so that we don’t have to go through this process again in just a few years. Regardless of who gets the job, one of the first things they’re going to have to do is assemble the new 40-man roster for the winter. And it’s a bit of a challenge this time, as the Mets currently have 49 guys, counting players on the 60-day disabled list. Plus ones that need to be added from the minor league system.

Let’s start with the easy cuts. There are five players who are eligible for free agency who should not be re-signed before the Rule 5 Draft, if at all. They are: Jerry Blevins, Austin Jackson, Devin Mesoraco, AJ Ramos and Jose Reyes. Add to that list the unbelievably easy – and satisfying – cut of Jose Lobaton. This brings us down to 43 players, along with any additions from the farm system.

The remaining cuts will have to come from three distinct groups, listed from largest collection of players to the smallest. They are:

From the non-tender candidates, we have Travis d’Arnaud, Wilmer Flores and Rafael Montero.

Finally, it would be nice if Wright simply retired and that was it. But there’s a huge pile of money on the table and it’s naïve to think he’s just going to walk away from that. The Mets, Wright and the insurance company will have to come to some agreement where they all give a little. Or if that doesn’t happen, they have to go through the dog-and-pony show of keeping him on the roster over the winter and then moving him to the 60-day DL at the first available opportunity.

Before listing my cuts, let’s take a look at some of the players who should be under consideration to be added to the 40-man this winter. Information on who to consider is taken from our friend Chris Walendin and his indispensable tpgMets site. Players who stood out to me are: Chris Beck, Matt Blackham, Nabil Crismatt, Harol Gonzalez, Patrick Mazeika, Levi Michael, Ali Sanchez, David Thompson, Adonis Uceta, Jhoan Urena and Juan Uriarte.

With the list of players from the minors who need to be added, it’s always a balancing act. How far away from the majors they are is at least as important as how talented they are. Uriarte might be the most talented guy from the directly above group but he’s so far away from the majors – and coming off an injury – that the chances someone would take him are pretty close to zero. So, why bother to protect him?

While there are many on that list that have MLB potential, my list will only protect two. So, add Crismatt and Sanchez and that brings us to 45. Looking at the non-tender candidates, all three of those guys would get a pink slip from me. Now we’re down to 42. And the question remains how many slots do we want to fill ahead of Rule 5? It’s nice to have an empty slot, just in case there is someone in the draft who catches your eye. So, that means three more cuts from the first grouping.

My belief is that you could cut all nine guys from that first group and not lose any sleep. Perhaps the most interesting thing is to see how much allegiance the new GM has to guys acquired by the previous administration. Will Bautista and Rhame get a free pass because the Mets traded MLB talent to get them? Or will the new GM just consider them a sunk cost?

My cut list would be Evans, Peterson and Reinheimer. But all of the other six guys should be looking for a month-to-month lease, rather than a long-term mortgage. Any free agent signing or unbalanced trade would have them right back on the chopping block. And it’s likely they’ll be at least three additions to the club this winter.

That’s 39 guys, with the idea of leaving one spot open for Rule 5. And to make it abundantly clear, this is my list, not a prediction of what the Mets will actually do. My expectation is that they will tender Flores and Reinheimer seems to have a huge fan in the organization. He was acquired after Sandy Alderson stepped down and was immediately put on the 40-man and did not spend long in the minors – with little actual production – before he got the call to Queens. If, say, Omar Minaya was his champion, and the new GM keeps Minaya on – you’d expect Reinheimer to keep his spot on the 40.