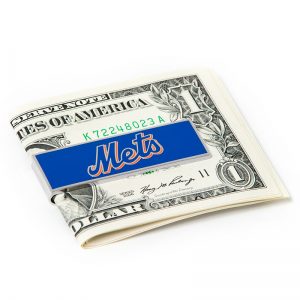 The Mets, rumored to be one of a handful of teams seriously in the mix for him, lost the George Springer sweepstakes when the slugging center fielder struck a deal with the Toronto Blue Jays earlier this week. Reports suggest that the team was unwilling to meet the total sum of the six-year, $150 million pact he ultimately secured and instead maxed out at six years and $125 million.

Despite the fact that there was only a roughly $5 million difference per year between where the Mets set their ceiling and what Springer ultimately received, we’d do well to remember that roster and payroll management is a complicated dance when considering current and future needs and commitments. This is especially true for a team like the Mets, where life (presumably) at or near the soft payroll cap has to be balanced with their core players exiting their arbitration years.

Steve Cohen and Sandy Alderson seem to have a clear vision for the franchise, but they’ve certainly inherited a mess that spending irresponsibly would only exacerbate. Not only did the previous regime (both management and ownership) fail to capitalize on the team’s window of contention while their core pieces were still relatively inexpensive, they made poor roster decisions that led to both mediocre results on the field and hindered payroll flexibility for the new regime moving forward.

The player’s that make up much of the team’s core will soon be exiting their arbitration years, which of course impacts the decisions the team makes as they consider both free agents and trade opportunities. Michael Conforto, Noah Syndergaard, Marcus Stroman, and Francisco Lindor are all set to hit free agency after the 2021 season, with players like Brandon Nimmo and Seth Lugo following shortly thereafter. Arguments can be made regarding the wisdom in extending players like Conforto, Stroman, and Syndergaard, but the moves the Mets make over the next couple of offseasons may speak to their overarching intentions and internal player valuations.

For instance, their unwillingness to outbid the Blue Jays for Springer likely signals their openness to extending Conforto. It may also give us a peak at how they compare both players in terms of performance expectations over the life of a contract versus what they will cost in dollars and years. Essentially, they may have deemed that a projected contract for Conforto was a better value proposition than what it took to sign Springer. Likewise, if the team does surprisingly sign someone like Trevor Bauer it may mean we’ll be waving goodbye to Syndergaard, Stroman, or both because they decided that Bauer was the better value.

What’s abundantly clear so far during the Cohen era is that, though the team will be players at the top of the market year-in and year-out, the Mets won’t simply spend for the sake of spending. It’s also clear that they’ll leverage their financial resources to benefit from other teams’ financial restrictions. A case in point is the recent acquisition of Lindor and Carlos Carrasco. Cleveland was in a position where they needed to cut payroll and knew they couldn’t extend Lindor. While the Mets did give up value in the trade, they paid pennies on the dollar because they’re in the opposite position financially and could (pending a Lindor extension) cover the cost. As the Dodgers have recently shown, flexing your financial might doesn’t necessarily need to be in the form of splashy free-agent contracts. The Mets, it seems, are wisely following suit.

Smart spending is also important at the fringes of the roster. One notable weakness during Alderson’s first stint with the organization was his continued failure to build a formidable bullpen. Bullpens and relief pitchers in general are finicky and unpredictable, of course, but this area of the roster was where he tended to dumpster dive and sign reclamation projects. An extra $5 million not spent on a high-profile center fielder could, theoretically, mean the difference between a cheap lottery ticket and a known quantity solidifying the team’s relief corps. This same logic applies to the end of the bench and 40-man roster depth as well.

It seems like ages ago, but Omar Minaya and the pre-Madoff Mets made a habit of winning the back pages while shorting the roster fringes. The result was a top-heavy roster that collapsed under injury and a dearth of quality depth. I, for one, am tired of the Mets’ typical competitiveness cycle wherein one or two years of success is followed by lengthy stretches of mediocrity. The new era of Mets baseball seems poised to move toward a model of sustained success, and spending money smartly (if at times aggressively) while leveraging resources other teams do not have is the way to go about it.

It’d be disingenuous of me to say that I’m not at least a little disappointed that we won’t be seeing Springer mashing in Queens for the next six years. It’d be equally insincere to not acknowledge that part of the disappointment may stem from the perhaps subconscious concern that the “new Mets” are still hesitant to operate like a proper big market team. Mets fans are a cynical and wounded bunch, of course, but we shouldn’t let the fecklessness of the team’s previous ownership color our expectations for its future.

11 comments on “The Mets and the importance of smart spending”