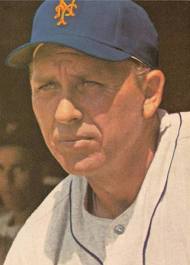 By all accounts, Hodges was a special individual. If you go to his Baseball-Reference page, the sponsor has the following message:

“In memory of my father Seymour, who thought that Gil Hodges exemplified all that was good about Baseball.”

Hodges had a very fine playing career and seems by all accounts to have been an outstanding person, too. It’s a combination that has always led many people to conclude that he should be in the Hall of Fame. I’m sure it’s an argument I made myself in my younger days. But unfortunately it just doesn’t hold up to serious scrutiny.

The bulk of Hodges’ career came between the years of 1947-1961. If we examine the first baseman enshrined in Cooperstown in this post-World War II era, we find that Hodges simply doesn’t stack up. There are six players who played between 1945-1961 who were primarily first baseman and who were elected to the Hall of Fame. Here are their bWAR numbers:

Hodges finished his career with 44.6 bWAR.

Cepeda was elected by the Veteran’s Committee in 1999 and many feel that he is one of the poorer selections among those enshrined in Cooperstown. Meanwhile, Cepeda played in a tougher era for hitters and Hodges played in a more favorable ballpark. Here are the HR park factors for Ebbetts Field between 1948 and 1957

We see that during his time in Brooklyn, Hodges hit 172 HR at home and 126 on the road. That works out to 58% of his HR in this span being hit in Ebbetts Field. After the Dodgers left Brooklyn and for the remainder of his career, Hodges hit 38 HR in his home park and 34 in road parks.

When you adjust for ballpark and run environment, we have Cepeda with a 133 OPS+ in his career while Hodges checks in with a 119 OPS+.

Certainly, Hodges closes the gap somewhat with his defense. He won three Gold Glove Awards while no one ever raved about Cepeda’s talents with a glove in his hand. But as we see by bWAR, the difference was not enough to vault Hodges past Cepeda.

And then we have other things to consider. Cepeda won both the Rookie of the Year Award (1958) and the MVP (1967) while Hodges had no major post-season awards. Here are some other marks from B-R:

Cepeda did better than Hodges in each of these categories. Not once did Hodges reach the level of an average or likely Hall of Famer. Quite simply, Hodges does not measure up to a player who many consider a “mistake” among those elected to the Hall.

On December 5th, the newest version of the Veteran’s Committee will meet and consider 10 candidates for the Hall of Fame and Hodges is one of those up for election. There are 16 members on the “Golden Era Committee” which considers players, managers, umpires and executives from the 1947-1972 period. The former year is when MLB integrated and the latter season is the last year before the AL introduced the designated hitter.

Here are the people on the Golden Era Committee:

It would not be a surprise if the first eight members (all Hall of Famers) voted for Hodges. Rosen was a contemporary of Hodges and Michael has strong NY-area ties. If those 10 vote for Hodges, he needs to get just two of the remaining six votes to punch his ticket to Cooperstown.

As a Mets fan, I think it would be terrific if Hodges was voted into the Hall of Fame. As a baseball fan, I just don’t see it. The Hall is supposed to be the ultimate honor for a player and his family. But what happens if instead of being remembered as a great player – Hodges, like Cepeda, instead gets remembered as one of the “mistakes” of the Hall of Fame? 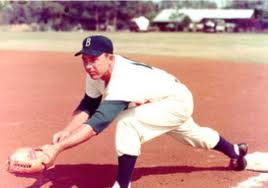 I would prefer to think of Hodges as the guy who guided the 1969 Mets to a 27-win improvement and a World Series victory. Others would prefer to remember his magical 1954 season, when he hit 42 HR and drove in 130. Is a plaque in a museum in upstate New York worth having fans consider your election as a “mistake” rather than remember you as a great player?

No doubt, the answer for a lot of people is yes.

All I know is that I no longer think of 1978 when someone mentions Jim Rice. Instead I think of how his election to Cooperstown is a “mistake.” Rice should be remembered for being one of the best in baseball for a three-year period. Instead, he’ll be remembered as the player that writers who are too lazy to look at anything beyond Triple Crown numbers made a last stand for and voted into the Hall despite all evidence to the contrary.

Sure, the Indians killed Custer and won the Battle of the Little Bighorn. And they never won any significant battle after that. Now it’s remembered as a mistake by General Custer and not anything great that the Indians did. Who wants to be remembered for the baseball equivalent of that?

Finally, there are 13 first basemen not in the Hall of Fame who have a greater bWAR than Hodges. That list includes Keith Hernandez, John Olerud and Mark Grace. Now, Grace hit fewer than half the HR that Hodges did but put up more valuable career numbers. And no one considers Grace Hall-worthy.

Hodges was a very good player on some very good teams and holds a magical spot in the hearts and minds of New York baseball fans. That’s a wonderful thing and a fitting memory. It pains me to say it but he does not deserve any additional honors. All of the people fired up about putting Hodges in the Hall of Fame would be better served by backing Hernandez, instead.