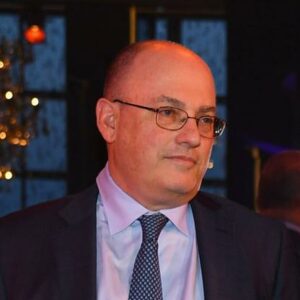 According to Joel Sherman, the Mets are transferring majority ownership from Sterling Partners (Fred Wilpon, Jeff Wilpon, Saul Katz) to a minority share owner, Steve Cohen. Who?? Cohen is a hedge fund investor with a Forbes estimated worth of $13.6 Billion. Oh, that Steve Cohen!!! If the sale is approved by the remaining investors of the Mets, for the next five years the Wilpons will maintain operating control of the team, then Cohen will assume leadership. Also, the Wilpons will continue to own SNY. After the sale, Cohen will assume 80% ownership of this $2.6 Billion franchise.

This all started with a rift between Saul Katz and Jeff Wilpon as to who should hold the reigns when 83- year old Fred Wilpon passes away. It’s quite reasonable for Katz to think ahead, but Jeff has been in control of things since 2015 when the elder Wilpon chose to step out of the limelight and give the “apple of his eye” day-to-day say on operations. Howard Megdal goes as far as to quote in his December 4, 2019 article in Forbes, “…the combination of owner overreach – one Mets source told me a backup catcher from short-season ball couldn’t be released without Jeff Wilpon weighing in – and a financial set of handcuffs place the Mets well behind other teams with less financial backing from its overall circumstances and market.” The rift we allude to above was brought about by Katz’s children over their cousin Jeff making decisions on their portion of the team, as Katz himself is 80 years old. Katz co-founded Sterling Enterprises with Fred Wilpon to build and sell townhomes in 1972 and Katz’ wife is Iris Wilpon (Fred’s sister).

Two times the Wilpon’s improved their standing in Mets ownership by controversial means. Nelson Doubleday purchased majority sharehold of the Mets for $21.1 Million in 1980 through Doubleday Publishing from Joan Payson’s daughter, Linda de Roulet, with a 5% minortity stakeholder in that deal being Sterling Enterprises. In 1986 Doubleday went to Bud Selig to approve a sale to another party to become equal shareholders with Doubleday. However, in Sterling Partners ownership paperwork, they had the right of first refusal and so they exercised that position. Thus, Sterling Enterprises paid $80.75 Million to become equal partners with Doubleday. Then in 2002, after first a disagreement on whether to renovate Shea Stadium or to build a new stadium, and second a very famous disagreement on whether to trade for and then re-sign Mike Piazza, Doubleday had enough of the Wilpons and wanted to sell his half of the team. He and the Wilpons couldn’t agree on a valuation, so the matter went to MLB to mediate. In the valuation brought forth by The Wilpons, the Mets were worth $391 Million, but Doubleday disputed that figure. Selig gave his blessing to Wilpons, so MLB sided with Fred Wilpon and Doubleday had to accept the amount. [Late in September 2011, with the the Wilpons unable to make payroll following their obligations in the Bernie Madoff ponzie scheme fall-out, Selig gave the Wilpons a $25 Million loan from the MLB coffers without getting owners approval. This, while another franchise, the Los Angeles Dodgers, were denied assistance and Frank McCourt was forced to sell ownership of the team.] Even now with the Cohen purchase, the Wilpons value the franchise at $2.6 Billion while Forbes values it at $2.1 Billion. The price will certainly depend on the urgency of the Wilpons to sell and the motivation of Cohen to buy. Cohen tried to buy the Dodgers in 2012 but was outbid by the Guggenheim Partners. Undoubtedly, Magic Johnson’s involvement with Guggenheim had to be a strong vote in the favor of Guggenheim.

Mike Puma’s article on December 4, 2019 writes regarding the sale: “this should bother the Yankees because he will be playing in their league”. Mets fans, rejoice! Further, Puma’s article has sources speaking of Cohen’s love for the Mets and his ability to spend to win, but there aren’t any names and people like Cohen didn’t get to where they are by being stupid and just spending money. Certainly there will be a game plan, and we can all respect that, but what every Mets fan has wanted since 2009 is to be respected; to root for a big fish that will swim among the other big fish. No more going after Jason Bay when Matt Holliday was the play. No more dumpster diving. To no more shopping in the fruit and nuts section of the supermarket rather than the chicken and beef aisle. This was already started with Broadie Van Wagenen, but Cohen would not include a Jarred Kelenic in order to unload Jay Bruce and Anthony Swarzak.

We now may be seeing the true reason Van Wagenen was brought in over Chaim Bloom. It was to create a stir in the fan base and get ticket sales up in order to give a more favorable view to the franchise. Seems the Mets have been shopped quietly for over a year, but have looked for someone to allow them to keep operational control of the team. Hard to understand what the Wilpons are looking for other than keeping the prestige of the limelight. Cohen has given that his blessing, but when you are the owner, the GM will do what you tell him. If the Mets want a free agent, Cohen makes the call. If the Mets need to slash payroll, Cohen will make that call. Puma writes that Cohen runs his hedge fund with a great value on analytics and technology, so expect the same with the Mets.

Takeaways
1. The Mets are to be sold and majority stakehold will be transferred to Steve Cohen, a hedge fund manager from Queens and a die-hard Mets fan.
2. As part of the agreement, Jeff Willpon will remain COO and Fred Wilpon will remain CEO for the next five years.
3. Merry Christmas Mets fans!!!

22 comments on “Mets fans rejoice: Our prayers have been answered!!”