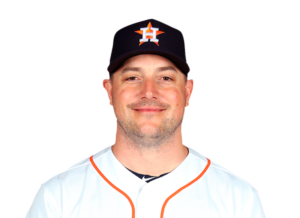 Brodie Van Wagenen said early in the offseason that he is not afraid to sign 30-year-olds. Based on his Robinson Cano trade and Jed Lowrie signings last season, there is reason to believe that he isn’t bluffing in saying that. This is a strategy that has become somewhat alien to the rest of Major League Baseball, as more and more teams stray from giving a proven player a large contract due to fear of the player declining. Van Wagenen, the former agent, seems to be against this mentality however, and there might be some moves that are made this offseason that are reflective of that.

Since the need to address the struggles that the bullpen had last season is an absolute necessity, there should be interest in examining 30-year-olds that could help the team. A clear name that could quickly legitimize the bullpen upon arrival would be Dellin Betances. After spending much of the season of the Injured List last season with a bone spur, the door was finally shut on his 2019 season when he tore his Achilles in his first start of the season. Despite this, Betances will have a full offseason to recover and return to the same form as when he pitched an immaculate inning in 2017. Betances will be 32 next season, but still should command a large contract based on his past performances. One thing that is enticing about the Washington Heights native beyond the fact that he has a career 2.36 ERA? He has pitched in New York and performed well his entire career, which is valuable beyond the realm of the statistics.

Another possible contender to join the bullpen is further into his 30’s than Betances, but brings with him a lot more playoff experience, although it may now come with an asterisk. Joe Smith was drafted by the Mets way back in 2006, and has since bounced around. His most recent team was the Houston Astros, with whom he spent two seasons. His efforts last season were elite, as he pitched to the tune of a 1.80 ERA in 28 appearances for Houston. Smith will be 36 by the time opening day rolls around, so it’s not likely that he is searching for any type of long-term commitment from any team. This could potentially be a low risk move for the Mets, even though he is coming from a scandal-ridden team. For those who are curious, with a look at his splits, the numbers show that Smith was a stronger pitcher at home than when he was on the road. Opponents had a higher batting average, on base percentage, and slugging percentage when he was pitching on the road rather than when he was pitching at home.

Another concern that the Mets have had recently is their lack of a true center fielder. With Juan Lagares now no longer a member of the team, the Mets are truly stuck with a large group of mostly corner outfielders. Sure, they can throw Brandon Nimmo in there and hope that he can hustle his way past his occasionally defense. If the team is concerned with winning a title now, they’ll look to do otherwise. There are reports however that the Mets might think outside of the box, or even outside of the country in this case, to fix their issue in center.

Shogo Akiyama is a centerfielder who has decided to test the waters as an international free agent. He has chosen to do so at a later stage in his career than most, as he will turn 32 during the course of the 2020 season. The scouting report, as they always do, reads that Akiyama has all of the tools to transition his game to the United States. What stands out is his durability at the centerfield position: in a Japanese baseball season that plays 144 games, Akiyama has played at least 133 games in six consecutive seasons, including a current stretch where he has played 143 games in five consecutive seasons. This durability and ability to play a true center field should interest the Mets, but they will also be up against a couple of other teams in trying to win Akiyama’s services.

The Mets have their young core of players in Pete Alonso, J.D. Davis, and Noah Syndergaard. Van Wagenen has shown however that he is not afraid to compliment these players with others who have more experience. As teams across the league look to get younger, expect the Mets to get older this offseason.

Takeaways: Brodie isn’t afraid to sign players over 30.
Joe Smith is a better home pitcher than away pitcher.
Shogo Akiyama is a durable option at center.

6 comments on “Mets will buck the trend, get older this offseason”