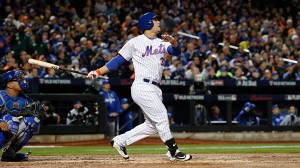 In his final 60 games of 2019, Michael Conforto had a .913 OPS. In his first 42 games of last year, he had a .926 mark. So, what happened in the middle of the year? In the May 16 game, the one that ended the opening hot streak, Conforto collided with Robinson Cano and ended up with a concussion. He returned in 10 days but the middle third of the season, he was just a shell of himself. Instead of performing at an All-Star level, Conforto was below average, with a .729 OPS.

Since he hit well in an extended stretch to end the year, it’s a slam dunk for a prime-age player to put up the numbers from the beginning and end of the season over a full year, right? Ordinarily that might be the conclusion. But with Conforto, it’s always something. There were the unexpected struggles in 2016 after his strong debut in the pennant-winning year. There was the shoulder injury that interrupted the breakout year of 2017 and contributed to a miserable start in 2018. And now the concussion that torpedoed 2019.

We’ve seen four consecutive years where Conforto has failed to hit like we expected over a full season, with the last two coming over 153 and 151 games. Now, he was good in three of the four years but Mets fans (if not all baseball fans) expected him to be better than that. So, what should we expect in 2020? Let’s see what the computer models forecast:

You can’t get more unanimity on the triple slash and HR categories than you do here. And it’s not like there’s a lot of varied projections in PA or RBIs, either. The computer models don’t know and don’t care about the 2016 BABIP or the shoulder or concussion injuries. They just look at what he’s done and five different systems see a guy with an expected OPS right around .855 here in 2020.

Again, that’s a really solid year. Steamer sees Conforto putting up a 3.1 fWAR while ZiPS sees him at a 3.4 mark. If Pete Alonso and Jeff McNeil can repeat what they did a year ago, that leaves Conforto and Brandon Nimmo fighting for third and fourth banana on the Mets. And a 3-3.5 fWAR is just fine in that spot. Last year the Nationals’ third-best offensive player was Trea Turner with a 3.5 fWAR and their fourth-best was Howie Kendrick with a 2.9 mark.

It’s just that we thought Conforto was going to be a first banana type of player in his prime.

In the 20th Century, conventional wisdom was that you batted your best hitter third in the lineup. Modern thought is that while lineup placement is generally overrated, the ideal spot for your best hitter is second in the order. Regardless of where you come down on batting order placement, it’s unlikely you would put Conforto in that spot. At this point in time, it seems more likely that McNeil or Nimmo will bat second, while Alonso or Cano will hit third. My order for Opening Day would have him hitting fifth.

You’ll have more credibility if you chime in now with what you think Conforto will do this year. Next up to undergo the forecast microscope will be Rick Porcello.