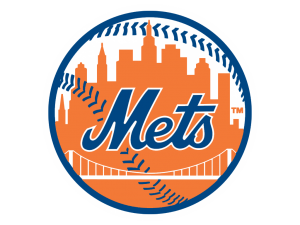 There’s a perception out there among some people that there is a talent gulf between the Mets and other NL East clubs. It’s understandable, as the division-winning Braves finished 11 games ahead of the Mets last season. But is the gap really that big or do other factors play a major role in how the final records emerged last year?

Let’s start by examining the records last season. We’ll show two numbers, the first being the actual record and the second being the Pythagorean record of the clubs.

It’s better to win the division in real games played rather than via Pythagoras. But that doesn’t mean we can’t use Pythagoras to better understand what happened. A record with 91 wins is very good. But it strongly suggests that the Braves were fortunate to win 97 games last year. Now, we can differ in where we think that good fortune took place. Perhaps they had a manager who knew how to maximize talent. Or perhaps they had three stiffs combine to go 11-1 who if there was any justice in the world would have gone 5-7, instead.

There were 10 teams in 2018 that differed from their Pythagorean win total by at least five games. Fortuitously, there were five teams that exceeded Pythagoras and five teams that fell short. Let’s start with the teams, like the 2019 Braves, who exceeded their run-based record and see how they did the following season:

All five teams who exceeded their Pythagorean record in Year 1 saw their Year 2 record drop. Four of the five teams saw their actual record fall by more games than they exceeded their Pythagorean record in Year 1. In 2017, two teams exceeded Pythagoras by more than five game – the 80-win Royals (+8) and the 71-win Padres (+12). In 2018, both of those teams finished with fewer wins than the year before, as the Royals finished with 58 wins and the Padres tallied 66. In 2016 four more teams beat Pythagoras by at least five games. They were the 95-win Rangers (+13), the 89-win Orioles (+5), the 84-win Yankees (+5) and the 71-win Phillies (+9). Three of the four teams saw fewer victories in 2017, as the Rangers dropped to 78 wins, the Orioles to 75 and the Phillies to 66. Only the Yankees saw their win total increase, as they ended 2017 with 91 wins.

So, in the three year period from 2016-2018, 11 teams exceeded their Pythagorean record by five or more games. Of those 11, 10 saw their win total drop in the following seasons, with six of those 10 teams seeing a drop of at least 14 games. Over the last three seasons, when things go right for a team in one year based on their run results, we see a correction in the following year the overwhelming amount of times and a strong correction the majority of times.

Now let’s look at the teams in 2018 who fell short of their Pythagorean record by at least five games.

Fortunately, none of the big four teams from the NL East fell short by five games in 2019.

Now let’s look at talent a different way. Instead of runs on a team basis, let’s look at fWAR totals. And we’ll start off by looking at fWAR on a team basis and then move on to look at an individual basis for the top guys on each of our four teams. What follows will be the total fWAR by team and then the numbers for hitting and pitching.

Like Pythagoras, this team-level look by fWAR shows the Nationals as the best team in the division last year. The Braves hitting was slightly better but the Nationals’ pitching was far superior. The Braves’ pitching was so bad that the Mets ended up with the second-most fWAR in the division. In reality, a strong offense and a good bullpen made up for some other shortcomings for Atlanta.

Now, let’s look at the top dozen individual fWAR performances for each team. We’ll list the total and then the numbers in descending order.

Again, the Nationals come out on top. Their top dozen players were easily better than everyone else’s in the division. Of course, they take the biggest hit, losing their top performer to the Angels in free agency.

Obviously, stars are only part of the package. It’s always a nice thing to pluck guys from other team’s discards and then get great performances out of them. The Nationals got 1.2 fWAR from Asdrubal Cabrera in 38 games while the Braves got 0.9 fWAR from Adeiny Hechavarria in 24 games. And it also helps not to use guys who stink. When Brandon Nimmo missed half the year, the Mets were forced to play Aaron Altherr, Keon Broxton and Juan Lagares more than they should. That trio combined for 373 PA and a (-1.7) fWAR. And there were the 13 relievers who combined for (-3.4) fWAR.

Theoretically, it should be easier to come up with guys who can be replacement level rather than come up with players to sit atop your team’s fWAR leaderboard. That’s the challenge the 2020 Mets have. They need guys beyond their top dozen players to just not suck. And while it’s unrealistic to expect no one to finish the year with a negative fWAR, it’s also unrealistic to expect every mid-year addition to be so pathetic.

Joe Panik’s 0.3 fWAR was the star import of the year for the Mets, outside of Marcus Stroman, who they traded two top-10 prospects to get. The Nationals had five guys they added during the year top Panik’s mark and the Braves had seven. And both teams had multiple guys match Panik’s mark. Yes, some of that is having guys at Triple-A ready to step in when given a chance. And others are guys playing far above their abilities in a short sample. The Mets may not have had the former. But they certainly did not have the latter. And guys certainly had an opportunity to shine given the injuries.