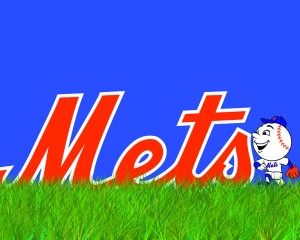 The Mets are firmly into their six-man rotation experiment and so far the results have been….wait, what’s that you say? They’re already ditching it? Well, that certainly didn’t last long. The arguments for and against such a rotation structure have been discussed, but it seems as though in the end it was just a bit too much to manage. Manager Terry Collins seemed pretty fed up when talking about it as well, saying “It’s a pain in the [expletive], literally.”

The Mets have been a bit notorious recently for saying one thing and then flip-flopping on it shortly thereafter. There’s nothing inherently wrong with changing your stance based on new data. In fact, it’s actually a good sign that the team is willing to adjust fire before things get too out of hand. The problem is that the team gives off the appearance of just throwing anything at the wall to see what sticks. Anything, that is, except for making a major push to upgrade the offense significantly.

It still appears as though General Manager Sandy Alderson is not willing to make the necessary sacrifices to acquire a major offensive upgrade. Those sacrifices being, of course, young pitching. Instead, Alderson is still looking to make only “modest” upgrades. The frustrating aspect of this philosophy is that Alderson has done nothing but make “modest upgrades” to the major league roster throughout his tenure.

Signings like Michael Cuddyer, Curtis Granderson, etc. are alright when you just need to get over the hump offensively. The problem is that when your major pieces go down, your modest upgrades become the centerpieces of your lineup. A team missing David Wright, Travis d’Arnaud, and now Daniel Murphy cannot survive offensively over such a long stretch when the rest of the lineup is made up of mostly complimentary parts.

Still, the counter argument is that a healthy Mets lineup probably just needs a modest upgrade. Assuming (hoping?) that Cuddyer and Granderson don’t turn into black holes again, a fully healthy lineup should have enough to compliment the team’s pitching strength. This has been the plan all along, right? At least until some of the bigger offensive prospects make their way through the system. So shouldn’t Alderson stick to his guns and acquire a modest upgrade while hoping the team can stay afloat?

Unfortunately, Alderson may have backed himself into a corner here. It’s been reported that the team is pushing to trade not one but both Dillon Gee and Jonathon Niese. The thought here is that they could use one or both of them to obtain that modest upgrade. Neither has tremendous value at the moment, though, and teams around the league are well aware of the Mets’ situation. Prices are bound to be high and the return on these two pitchers is likely the lowest it’s ever been.

Would it be a good idea to trade both? It’s becoming clear that the team would like to make room for prospect Steven Matz to make his debut in the not-too-distant future. But the team is in an odd position with regard to their rotation. They have five spots for seven pitchers (eight if you count a healthy Rafael Montero). Traditionally this would mean that you have some good depth to stash in AAA, but you can’t send Gee and Niese to the minors as depth like you could in the past with a pitcher in the mold of, say, a Jeremy Hefner. Conversely, you can’t keep a prospect like Matz out of your rotation for a pitcher that is inferior. This situation would have been much more manageable had Alderson simply traded Gee (or Niese) this past off-season. Obviously Noah Syndergaard was not ready and there were question marks abound during Spring Training, but they’re clearly going to get less value on either of them than they would have in the winter. As always, hindsight is 20/20.

Alderson banked on a great pitching staff and the health of the lineup and it came back to bite him. To be fair, you can’t predict the types of injuries the team has sustained this season. Nonetheless, the team is hanging on by a thread right now. The good news is that, although it may seem that Alderson moves slow as molasses, he’s not content with waiting until the July deadline to make a move. What that move ultimately ends up being is unclear, but it may be one he wishes he didn’t wait until he was forced to make it.

4 comments on “The Mets are in a tricky situation”