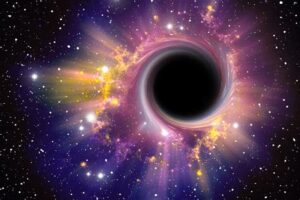 Earl Weaver once said that momentum is the next day’s starting pitcher. So, you can see why the Mets might be in trouble here in 2020. Through games of Tuesday, the Mets’ starters had an ERA of 5.21 and since Rick Porcello gave up 5 ER in 4 IP on Wednesday, it’s not like that mark is going to go down. And the remarkable thing is that they’re performing so rottenly with Jacob deGrom sitting with a 1.69 ERA. Take him out of the mix and the rest of the Mets’ starters have allowed 110 ER in 153 IP. That’s a 6.47 ERA.

They say that one of the definitions of insanity is doing the same thing over and over again while expecting different results. Yet the Mets have given Robert Gsellman four starts, Steven Matz five, Michael Wacha six and Porcello nine. That quartet has combined for 88 ER in 99.1 IP, which is a 7.97 ERA. That’s 24 starts. Then throw in a poor spot start apiece for Walker Lockett and Ariel Jurado and you have 26 starts with 99 ER in 109.1 IP and you have an 8.15 ERA.

And somehow the Mets are 20-24 with a one-in-three shot of making the playoffs.

The past two years the lament has been how not only did the Mets fail to give run support to get deGrom wins, they didn’t even win half of his starts. This year they are 6-2 in games that he starts. Whenever someone else starts, the team is 14-22 and that’s with yesterday’s remarkable come-from-behind victory. And the majority of those 14 wins happened because of the offense, not the starting pitching.

In 44 starts, the Mets’ starting pitcher has amassed a Game Score of 50 (what’s considered an “average” start) or better 19 times. And two of those came in outings by Seth Lugo in which he pitched 3.0 and 3.1 innings. Lugo’s done it in all three of his starts, deGrom has seven in eight tries and somehow Porcello has four in his nine starts.

With how bad the Mets’ starters were doing, it was criminal to leave Lugo in the bullpen as long as they did. He’s easily the team’s second-best starter. After deGrom and Lugo, it’s hold your breath and hope for the best.

David Peterson is likely the third-best option but he was lit up in his last start. And given that he’s been on the IL recently, it’s possible he’s nowhere close to 100%. In normal times you’d seriously think about removing Porcello from the rotation but there’s simply not any realistic option out there for the Mets to do that.

At least with Porcello, he’s given the team a realistic chance to win a few games in his starts. That’s more than you can say with Wacha, who’s been all downhill since his first appearance. It was a gamble when the Mets signed Wacha in the offseason and it hasn’t worked out at all. It doesn’t mean it was a bad signing. Rather, it was taking a chance on upside that simply didn’t work out. In his last five starts, Wacha has gone 19 IP with a 9.00 ERA. Yet somehow the Mets are 2-3 in his starts, thanks to strong bullpen work and even better offense. Both of those games the Mets scored nine runs and the bullpen allowed just two runs in 12 innings. But you can’t expect that to happen too often. We’re more likely to see results like Tuesday, where Wacha puts them in a hole early and they end up with an 11-2 loss.

At this point, the Mets almost have to give Erasmo Ramirez a shot. Ramirez came on to give five innings in a relief role and got out with only one run. He didn’t pitch quite as good as that line might indicate, as the Phillies made hard contact against him. But he’s a better option than Wacha at this point. Ramirez was a solid pitcher from 2012 to 2017, putting up a 93 ERA+ in 592 IP, including starts in 82 of his 182 games. But it’s been tough sledding for him the past two years.

Ramirez had a 6.50 ERA in 10 starts for the Mariners in 2018 and got lit up in his only appearance in 2019, which came out of the bullpen for the Red Sox. But a 6.50 ERA would be an improvement over what Wacha’s been giving them.

The Mets have two off days coming up and the team announced that deGrom will pitch every five days, which is a good move. So, Wacha’s spot won’t come up for an extended stretch. Here’s how it should play out after today’s off day:

If there’s still a shot at the playoffs and Wacha pitches, there will be groans throughout the land. And if the playoffs are out of reach, then the start should go to someone who’ll potentially be on the team next year. That could be Ramirez or Jurado or perhaps even Thomas Szapucki.

Luis Rojas has indicated that position players will have to earn their playing time. That same mindset should go to the starters. And it’s at least worth considering if the Mets should go to a four-man rotation for the rest of the season. It wouldn’t mean an extra start for deGrom – that start would go to Porcello – but it would eliminate a disaster start from happening.

It’s long been my belief that a four-man rotation with sensible pitch limits could work in the 21st Century. My opinion is that pitching every fourth day is not the danger that 140+ pitch outings are. A few more losses and the idea is moot. But if Rojas is as good at the people stuff as everyone says he is, then he should be talking to his four starters and alerting them that this is a possibility starting on the 19th.